Globalisation has been revered as a very important development across the world over the last few years. It has said to incredibly decrease the physical distance between nations by breaking ancient trade barriers. However, the larger picture always remained hidden. The wealthy MNC’s got a chance to explore the resources and markets of poorer ‘developing’ countries and somehow the benefits would flow through all of them which seldom happened. 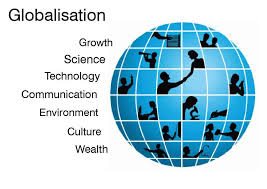 Recently this process has seemed to take a flip and solar energy is one of the few suspected reasons behind it. The production and promotion of solar energy is being cited as one of the many reasons of the downfall of the notion of globalisation wherein world giants like the US were supposed to make profits.

A developing nation like China has made it to the list of the major competitors of the US in the solar market.  A recent article in The Observer has outlined the tough time WTO general is facing as an apparent retreat from globalisation. The article highlights the issue of solar industry in US which has accused China of unfairly subsidising its solar industry.

With lowered prices, China has surely taken over the solar energy market sidelining the US and decreasing its demand. This is a reality that the developed countries like Germany and US are finding difficult to digest. Slowly China is cornering the solar market.

Another article has recently stated the situation in Germany where manufacturers have cut down the production after a failed attempt to compete with China where the same panels are sold cheaper.

The pioneers of industry had eventually initiated globalisation with a long term perspective of reaping enormous benefits for their own nations and not really to enrich less wealthy nations. Competing with one of them in the global market is a sure kind of surprise for them.

The dominance of the Chinese has highlighted the stark difference that occurred between developed and developing nation years ago. The concept of globalisation has struck back its creators now with the tough competence shown by China in the global solar energy market. It is surely making them insecure to a lot of extent.

However, it has proved detrimental for Australia too. A good majority of Australia’s solar panel industry has been destroyed. Major manufacturers like BP Solar and Silex have closed down over recent years due to similar reasons as that of US. Tindo is the only remaining solar manufacturer in Australia.

On a broader perspective it has a positive flip side too. The comparatively less prices have increased the accessibility aspect of solar energy. It is no longer a hyped and exclusive facility, functioning in select households only but over a wide range of clientele now.

It is within the financial reach of common people now who once considered solar energy systems as a ‘niche’ form of power. It is sure to break the conventional inhibitions that have long been associated with its effective use by common masses with economic prices and efficient systems.