SOLAR ENERGY CLEANING UP THE DIRT

You Are Here: Home / SOLAR NEWS: Our Blog / Uncategorized / SOLAR ENERGY CLEANING UP THE DIRT
Aug 9, 2015 Daniel No Comments

All of us have come across at least one strong headed environment activist who is convinced that renewable energy is the way into a bright future. There are many however who opposed the idea saying that not only was it highly costly, but also that the amount of fossil fuel energy that goes into making equipment for harnessing renewable power such as solar, wind, or otherwise, is much more than the energy generated by these sources that claim to be “clean”.

Until recently renewable energy advocates didn’t have a reply to this allegation (because it was true). But recent times have brought happier news for these go-green enthusiasts. Breakthrough studies have found out that the total amount of energy produced by PV installations has surpassed the level of fossil fuel energy that went into making it. 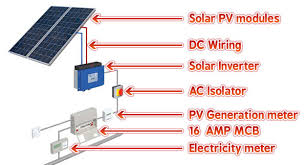 For those of you who are still lost in the midst of all this clean / dirty energy talk, let’s take a recap. Flashback to early 2000s when the concept of renewable energy was just starting to come out of the textbooks and take a practical form. Solar power has been, since then, the most widely accepted and appreciated form of energy since a lot of countries had easy access to the sun.

In order to actually set up projects with PV system installations, a lot of fossil fuel energy was required in the manufacturing and setting up process. Though the intentions behind producing this technology were very noble, use of polluting fossil fuels was inevitable. This was an opportunity for those in support of the damaging exhaustible energy sources to pounce at pro-renewable activists.

The final point of debate boiled down to the fact that though PV solar cell installations are being propagated, they are neither cost effective and nor are they eco-friendly. The fact that more ‘dirty’ energy went into their making than they could generate ‘clean’ power, was an indisputable fact. However, we’ve lived to see better times.

Experts from Stanford University who conducted the assessment are of the opinion that the solar industry has taken great strides. They mentioned in their press releases, that PV is producing a net energy to benefit the society. This means that for the first time since their manufacturing gained momentum, PV systems are actually producing enough energy to amount to more than that used to make them.

This is also not the end of good news for solar energy fans. The assessments also suggest that solar power is at a crucial stage of development and it is in fact possible that it might nullify the energy put into its making. Wondering what that means? It simply means payback. With new technology, durability and large scale adoption of solar power globally, it is very plausible that solar power will generate more energy than fossil fuel energy was ever used to produce the systems.

Developments like these keep up the reputation of these clean energy sources intact. The world community at large will benefit greatly if this plan of full manufacture payback works out well.