Major cause behind Australian bushfires?

You Are Here: Home / SOLAR NEWS: Our Blog / Uncategorized / Major cause behind Australian bushfires?
Aug 1, 2015 Daniel No Comments

Are we missing to recognize the major cause behind Australian bushfires?

One epidemic problem that has continued to plague Australia for years is frequent bushfires (the frequency of which has increased considerably in the last thirty years). Thanks to Australia’s hot and dry climate, these bushfires have a significant role to play in the mainland, causing damage to property and loss of human lives. And their impact is even more extensive during droughts and heatwaves. Other regions which are not rain-fed very well also come into the trap of bushfires. 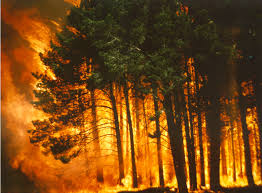 For us here in the Australian mainland, bushfires have become like fast-food chains in China. But now is not the time to speak of what it has done to us in the past. In an emergency situation such as what we are in now, it is essential to delve deeper into the matter. Scientists have spoken about a possible connection between the increase in the frequency of bushfires and rapid climatic change. The time has come for us to ponder as well.

The IPCC has predicted serious change in climate patterns for the greater part of Australia in the years to come. And with the bushfire seasons coming way ahead of time each year, a pattern becomes traceable. And the very core essence behind this pattern is textbook’s favorite-global warming. Even as most proponents of fossil fuels (or non-renewable energy) and the narks choose to deny it, scientific study has proved year after year that man has caused global warming and that all damage done is man-made.

It astonishes many heads at SQHQ how bushfires hit Australia each year, cause devastation and leave a scar on our grasslands and the ecology as a whole and we continue appreciate other causes behind bushfires, often forgetting the major cause (ironically, it is most talked about otherwise), that being global warming. And therefore comes in the role of renewable energy sources.

Now, advocates of solar energy have always argued that solar power does not only stand as a cleaner and greener energy source but also as an effective means of reducing pressure on global warming. The simple logic they put into place to validate their claim is based on the principle of positive correlation between reducing pressure and lessening environmental degradation. As and when power sources get cleaner, their negatively shaped impacts on the environment are reduced. And lesser the burden, the more we can abate global warming. Way back in 2007, CSIRO’s study indicated how climate change gives impetus to high fire danger, resulting in bushfires in the grasslands and forest regions. Historical study has also shown that the root cause of bushfires is human activity.

And yet, our politicians and the non-renewable energy fans continue to disagree. Amid all controversy, another forest will experience a bushfire event, causing heavy losses and devastation, impacting the lives of those even in the suburban areas or cities. Yet, our policy makers shall continue to beat about the bush, when asked to objectively opine on the matter. The only cause of concern is what if that bush also catches fire?