GCL Panels have lifted their standards and are now worth considering installing on your roof!

GCL Solar Panels  have come a long way since they first hit Australia and are considered a decent solar panel to use in the cheaper end of the Tier 1 range.

Since 2009 GCL-Poly has been the largest manufacturer and supplier of PolySilicon in Asia, and they also are a huge manufacturer of electronic wafers for many other solar companies in the solar industry.

Why was Australia inundated with GCL Solar panels in 2015?

As you can read here, GCL plans to really get their hands in the Solar Industry, both globally, but are prepared to have a real decent crack at dominating the solar market in Australia.

GCL Solar has just recently announced that they have bought a 51% share in one of Australia’s solar Wholesale retailers, One Stop Warehouse – This is why you see them offered by every Tom, Dick and Harry selling solar at the moment, the solar companies local wholesaler has clearly whispered in their ear when last talking about stock order, I imagine it would have gone something like this.

Solar Company; ‘Darty, I want to place a new order for stock on this months jobs’

One Stop Warehouse:’ Sure,  but… I’ve got some new GCL Solar panels in from China, they are a new thing here in Australia from China, and they appear very impressive, tell you what, I’ll do you a deal on them and see how we go from there?’

GCL have been in Australia for near 2 years now and have come a long way in that time.

And now it has been nearly 2 years or so months that has passed, and while GCL were not considered a quality solar panel in their time of reception, we have been supplied a recent panel from GCL in 2017 and we can say that much improvement that was needed has been made.

GCL has changed the way they have traditionally been manufacturing their panels. They have updated their factory and it is good to see that they have been keeping up with the well-known solar manufacturers and who knows, could even be well and truly working their way to being considered a Premium solar panel manufacturer one day.

GCL have now optimised their production

All panels are manufactured in-house to ensure quality control – This is a massive point of difference and will result in a higher quality build and better performing panels.

Genuine MC4’s are now used on the panels. 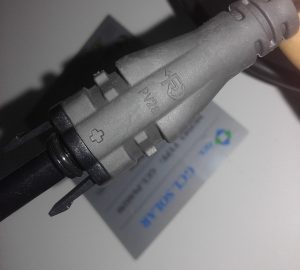 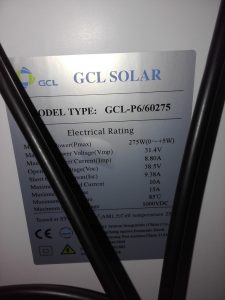 Even the Labels on the older GCL panels were not good.

GCL solar have been inUSA since entering that market way back in 2010.

Great product, trouble free installation and still performing perfectly 2 years after installation. If we ever decide to upgrade our system, Qld Solar and Lighting will be the first people we will talk to.