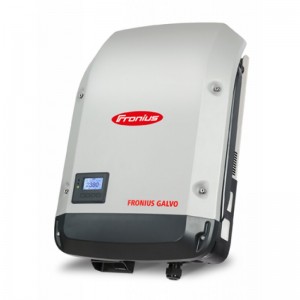 The Queensland Solar & Lighting CEO made the flight over to Austria to find out for himself exactly how the Fronius inverters are built and constructed.

I was happy for them to show me around the factory and meet the workers, and all the Fronius bosses that look after Fronius technical support and customer care in Australia. Fronius have an impressive workshop and factory. It is clear why Fronius now make the best Solar inverters in the world. Although it was cold, it was well worth the trip, and we got to go Skiing in the nearby town Sölden.

Queensland Solar & Lighting have a very healthy working relationship with Fronius. How many solar companies in Australia can say they have visited the Fronius inverter factory in Woop woop, Austria? Not many.

Fronius has long been a front runner in doing intensive research development for innovative solutions over the last 60 years. They have been in the field of creating new solutions and technologies for monitoring and controlling energy. Fronius are also front runners in battery charging systems and solar electronics, as they have their own Fronius Battery made for the Fronius Symo Hybrid (Their 3 phase solar inverter) currently, but are very close to releasing their Fronius Primo Hybrid inverter.

Fronius, a European company from Austria, is known for producing products of very superior quality and high performance unlike the constant cheap rubbish inverters that are dished out by China in the masses.

Fronius has developed a wide range of products in system monitoring and also has a grid connected inverter which has high performance as compared to others. Fronius has been in the Solar photovoltaic area early on since 1992 and started by selling their grid-connected solar inverter in 1995.

Today Fronius offers a wide product range of solar inverters, they have developed both 3 Phase Solar Inverters as well as Central Inverters. It offers both transformer based and transformerless solar inverters to cater to both the European as well as the USA, and Australian solar markets.

Fronius inverters are also a partner with Tesla and have exiting new Hybrid inverters due for realease next year that will work with the Tesla Powerwall. Why we recommend Fronius Primo inverters over SMA SunnyBoys?

There are a few reasons why you should buy the Fronius Primo inverter over the SMA Sunnyboy. The soon to be released Fronius Primo Hybrid 5kw inverter

The Fronius Smart Meter is an outstanding gem because it improves life, especially where solar power presents new problems for homeowners. Spoiler Alert: the Fronius Smart meter is the solution to those problems.

The Hurdle To Be Overcome

Solar is a tough deal if it is simply put in place and then left up to homeowners. Not all homeowners are engineers or very interested in doing the work to get the most out of their solar system. Reading inverters and making calculations on efficiency is work, but it is essential to getting the most out of solar. What happened is that most homeowners would give up and stop looking at the inverter. When their electric bill arrived, and it was expensive, that is when the homeowners cared.

The homeowners, simply stated, were not utilizing their solar power when it was available freely from their system. That meant the electricity they were producing and needed for their home use was getting sent off to the grid for 8 cents. That was not what the brochure said when you went all in to get solar! Even worse yet, you had to guess at improving self-consumption timing. You tried using all of the appliances right at dusk, or mid-day. Were you supposed to have to guess when you could use the electricity?

Get up-to-the-minute information whether you are on site or at work via reports that show historical usage and energy production. It will also include information such as when the inverter is sending power out, and to subsequently turn on the pool pump to make use of your power.

Solutions That Missed The Mark

But how, when there have been so many other monitors and meters that just did not perform as expected or needed? Many inverters can perform some remote work, but it comes at an added cost. The reason that you invested so much money into solar was not to get roped into some other financial game. In addition, these inverters are unstable and not well designed. At the least, inverters are less expensive and a tool that is beginning to have use for more typical consumers. for

Both the Watts Clever and the Watson Meter missed the mark. They are unreliable, quirky, and not even accurate. They are not worth buying because they do not work. Both SunnyMate and ImmerSUN market their solar diverters, as they call them, as an aid in consumption. Financially they do not make sense.

One way to limit exporting of power is through the use of a twenty-four-hour-load shift timer. This is a reliable and economically friendly manner to minimize power being exported. Here is how it works. Set the pool timer to be on and running when you would normally be exporting power.

The problem is that the weather can change or if there is irregular consumption to overcome. On cloudy days when there is lessened production, or during upsurges in daytime usage, set the pool to run anyway. If not set up right, it will cost money with an increased power bill. In those cases, you will have to leave electric devices off during peak hours.

Fronius Smart Meter is three-pronged, including its Datamanager, Smart Meter, and the Appliance Relay. The Datamanager is internal and records and relays the actual production information about the inverter to Fronius.

Fronius has an online platform for monitoring, called SolarWeb. It is not a new concept, just that this is the best execution of it. It makes Fronius a bellwether in the industry.

SMA and ABB cannot hold a candle or a solar panel to Fronius’s performance. The monitoring solution is seamless. It makes it easy to set up Solar.web as part of the installation process.

The Smart Meter is an add-on that connects externally. The main point is to measure the export power. It is essentially a digital kilowatt meter, so it is not new. The fat that it integrates so seamlessly with Solar.web is what is new. It is both user-friendly and provides useful and informative graphs to the smartphone app or desktop.

It is great to have some data that helps paint a clearer picture of when to run appliances to avoid selling back needed electricity, and ending up with a bill in return. Knowing how much of your produced power is getting sold to the grid for a cut rate is great information.

The Appliance Relay is the part of Fronius’ Smart Meter that takes all of the information that the Datamanager and smart meter record. The inverter can signal appliances to turn on when your solar system over-exporting power that you are producing.

Put the appliance relay to work with your hot water system to turn it into a solar appliance. It is like turning your hot water into an energy storage tank you bide your time. You could connect the relay to another big energy consumer, your pool’s pump.

This Smart Meter has an appliance relay, and that is what sets Fronius apart. The Symo Hybrid inverter is the absolute best device for any homeowner who has solar on their home. It is available and ready to use today.

Combine this with a solar battery, either the Tesla Powerwall, Fronius’ Solar Battery to get reliable electric power every night. No more guessing when it is safe to use the electricity and hopefully no more astronomical electric bills. After all, you invested in solar and should be getting to benefit from it.

Fronius inverters below were not so reliable as they should have been in Australia. This is put down to the hotter climate in Australia that seen regular failures on the old Fronius IG ranges.

This series is targeted at at single-family homes, agricultural or commercial operations, it comes with the standard system monitoring. This series offers 5 inverters in the range of 3 – 5 kilowatts.

2) IG Series of Inverters from Fronius

This series of inverters are targeted for installation in home as they come in a low kilowatt range. For better protection from the weather, they also have a solar inverter which is suitable for outside installation.

3) IG Plus Series of Solar Inverters from Fronius

This is an improvisation over the IG Series and is available in power ranges from 3 to 12 kW .There are both 3 phase and single phase inverters.

These are central inverters and are the largest inverters offered by Fronius and come in 3 sizes of 36,48 and 60 kw.

Fronius inverters offer many advantages and key features like –

We Installed a 1.3 kW fronius inverter 4years ago for the last 4months it has been in startup mode , origin want nothing to do with it . Please email me instructions on how to reset the unit to an operating function.
Thanking you in anticipation Kevin T

I think the Inverter may have died. Best to call Fronius or keep onto Origin.. shouldd have 5 years warranty!

So regarding all that was said, can we say that fronious is the best of the best???
Investment speaking Fronious will give me what I deserve for 10 – 20 years of continuing power DC convertion?

Fronius is undoubtedly the best inverter at the moment.