An efficient solar system is a must nowadays. However, the failure rates are increasing simultaneously. In such a scenario, regular cross- checking on the efficient working of the solar panels emerges as a feasible way out. This too has to be done carefully and accurately so as to get the best possible results. 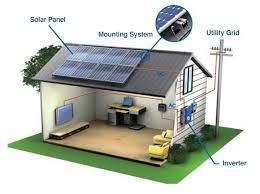 Another mistake happens when users unconsciously underestimate the inherent losses of the inverter. There are several ways by which the system loses its energy due to various technical or environmental factors. As a result the overall efficiency is disturbed and miscalculated.

Generally 10% other losses are estimated whereas in reality they amount up to 20%. These include:

These are the conditions which affect the efficiency of a solar system most commonly. However these are discussed on a general basis and results may vary in exclusive cases. There are many other factors like the angle at which the panels are inclined or the direction in which they are placed, which affect the power output.

Also, at least 1 month of accurate data is an essential prerequisite for making any judgements about the working of a solar system and we shall have to wait before we sound the bugle or the warning alarms. The performance of the solar panels will only be statistically valid after making recordings for a month or two.